← back to
Légère Recordings
Get fresh music recommendations delivered to your inbox every Friday.
We've updated our Terms of Use. You can review the changes here.

More Than A Woman / Lovin' You 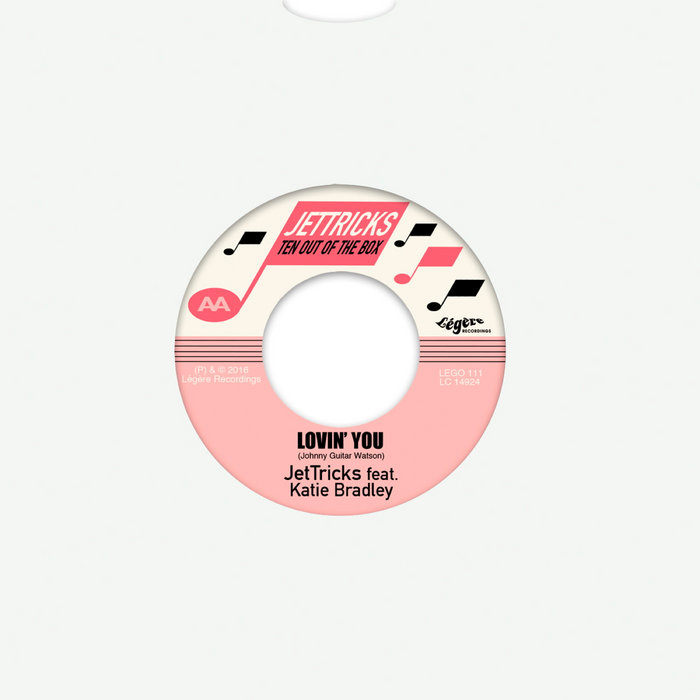 First single from the album 'Ten Out Of The Box' by JetTricks.

It's been a while since JetTricks 2012 album "Better Than Real Life", but Paul Elliott & Jamie Lawrence haven't been sitting around wasting time...; Jamie has been touring with various blues, soul and funk outfits including The Heliocentrics (Strut Records) and Paul has been laying down percussive grooves for all manner of acts.

The pair also wrote, recorded and took to the road heating up the dance floors of the best clubs and festivals the UK has to offer to support the debut album release of their very own psychedelic-afro-funk band Hot Border Special ("Hot Border Special", Legère Recordings 2015). With their latest album 'Ten Out Of The Box" JetTricks return to their laidback, lo-fi, rootsy and soulful beginnings with a collection of ten covers versions of tracks straight out of their record collections!

Both Paul & Jamie are big fans of music of all genres and styles and after endless hours of motorway driving between gigs listening to all time classics, rarities and guilty pleasures they decided to enlist the help of some of their favourite vocalists to join them on an excursion of cover versions. The result of which is a covers album like no other, where Black Sabbath & Tony Joe White sit side by side with Basement Jaxx, Jonny 'Guitar' Watson & Queen!

Featuring standout performances from longtime JetTricks collaborators - Detroit soul man Marcus Malone, London blues-scene veteran Sam Hare and chart topping Noisettes and Hot Border Special guitarist Daniel Smith as well as a little guitar from Fun Lovin Criminal and BBC Radio's Huey Morgan, plus the sultry tones of Faye Houston (The Resonators) and award winning blues singer Katie Bradley. All in all this is an album of monster hits and choice cuts reinterpreted in a style and vibe only possible with JetTricks at the helm...;

Bandcamp Daily  your guide to the world of Bandcamp

The Hammer and The Relentless from the Boston band Malleus stop by for a chat.